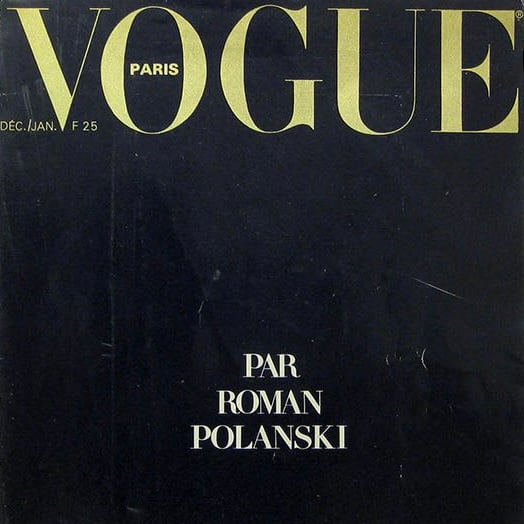 Many images relating to his films, actresses he worked with (including Nastassja Kinski), Bruce Lee (yes!) and a wonderful photo of Sharon Tate from Polanski's private collection (full page).

A fantastic photo shoot on the theme of Pirates, by Harry Benson, which was shot on the island of Seychelles for a 20 page story starring Polanski and Nastassia Kinski.

There is an additional 6 page Photo Fantasmes story by Bourdin and a further 8 page beauty shoot by Bourdin.