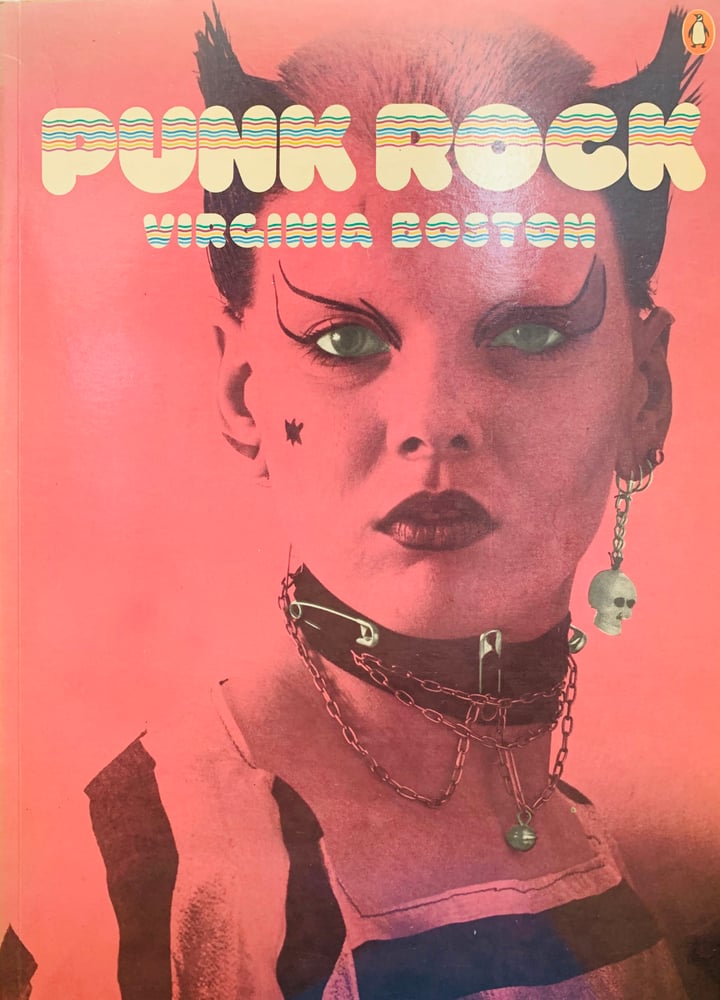 According to the cover blurb, the author had a career in children’s stories, and “Her interest in children of the seventies led her explore the punk phenomenon.” Sounds like Mary Whitehouse editing Joe Orton’s diaries ? ! That said, the forward is by Sniffin’ Glue editor Danny Baker and seminal punk photographer Derek Ridgers designed the book. He’s also one of main photo contributors along with Ray Stevenson, Mick & Shelia Rock, Kevin Cummins and Bob Gruen …So the source material is good throughout.

Compared to other titles, this has the tone of a retrospective and if nothing else punk with ephemeral even by 1978 punk was replaced by new wave. A post mortem and Who’s Who of Punk : all the main offenders are covered Sex Pistols, Adverts, Clash, Damned, Siouxsie and the Banshees, Slits, X-ray Spex , Don Letts -also sections on the Roxy Club, a fashion section with Malcolm & Vivienne at Sex.

While a sanitised, mainstream product, its of the period and with the seminal photo of Susan Lucas a.k.a Soo Catwoman gracing the cover and Rotten glaring out of the back, it counts as an artefact of the era.