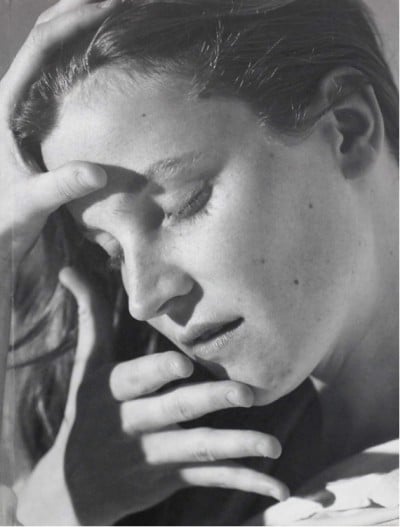 The project Rayon Vert takes its title from the optical phenomenon and the 1986 Eric Rohmer film, both of which are reflected in the project’s approach to portraiture. The work can be seen as a continuation of the tradition focussing on the relationship between artist and model.The images feature a circle of acquaintances and responds to existing, and too often clichéd, representation of femininity. The images are based on fact and are devoid of narrative and a patriarchal vision of beauty. The project is presented as both a book and a series of prints.

Senta Simond's work focuses on an intimate approach to the female body and portraiture.
After a period studying aesthetic and theory of cinema at the University of Lausanne (CH), she enrolled at ECAL school of art (CH) where she completed an M.A. in Photography, with honors (2017). Her work has been nominated for: Aperture/Paris Photo First Book, Unseen Dummy Award, Swiss Design Awards, Wallpaper Graduate Directory and Prix PhotoForum at Centre PasquArt Switzerland. Born in Geneva, she currently lives and works in Bienne, Switzerland.