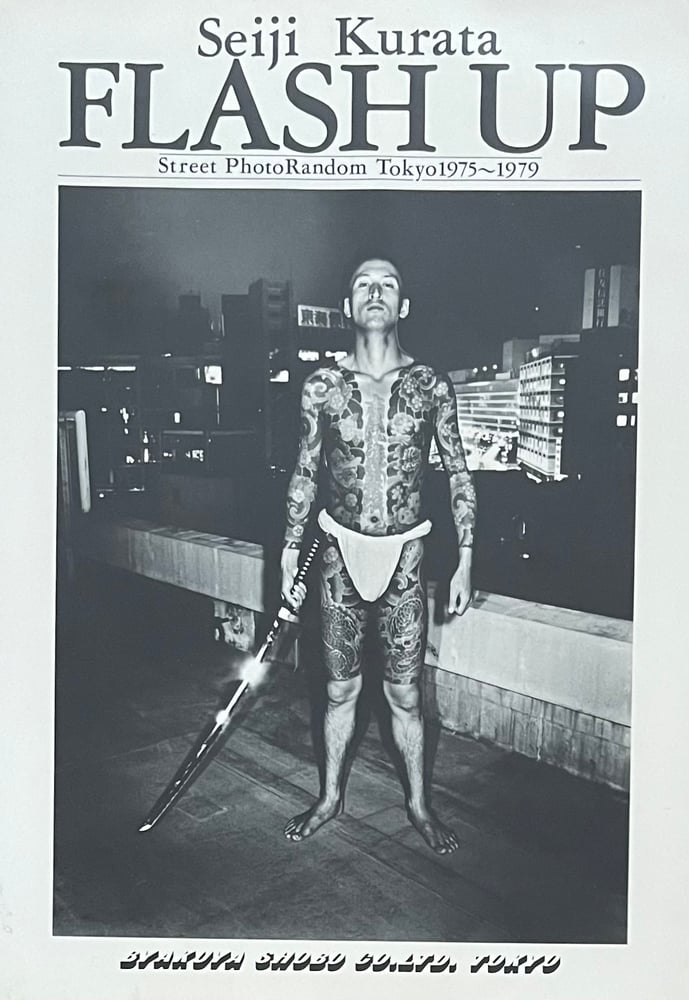 Tokyo: Byakuya Shobo, 1980, 2nd printing. 1st edition.
Condition: Good, Rubbed edges, Some stains on edges and the title page, One bumped corner, Some creases on the back cover. (See the photos.) Without Obi-band.

FLASH UP, Street Photo Random Tokyo 1975 - 1979 is Seiji Kurata’s seminal first book, one of the most exciting photographic excursions into the raw and gritty underworld of 1970s Tokyo. Focusing on the underbelly of Japanese society, his subjects included yakuza, bosozoku [bike gangs], sex workers and their clients.
Unlike the more expressionistic styles of his “Provoke” teachers Moriyama and Araki, Kurata’s medium-format photos possess an almost journalistic clarity and carry with them an air of documentary photography without sacrificing a certain energy and sense of immediacy. The title refers to the photographer’s method of using his strobe to bring to the surface things that occurred in the shadows — his "flashing up" of man's hidden desire, appetite and lust.
Cited in "The Photobook: A History Volume I" by Parr and Badger.