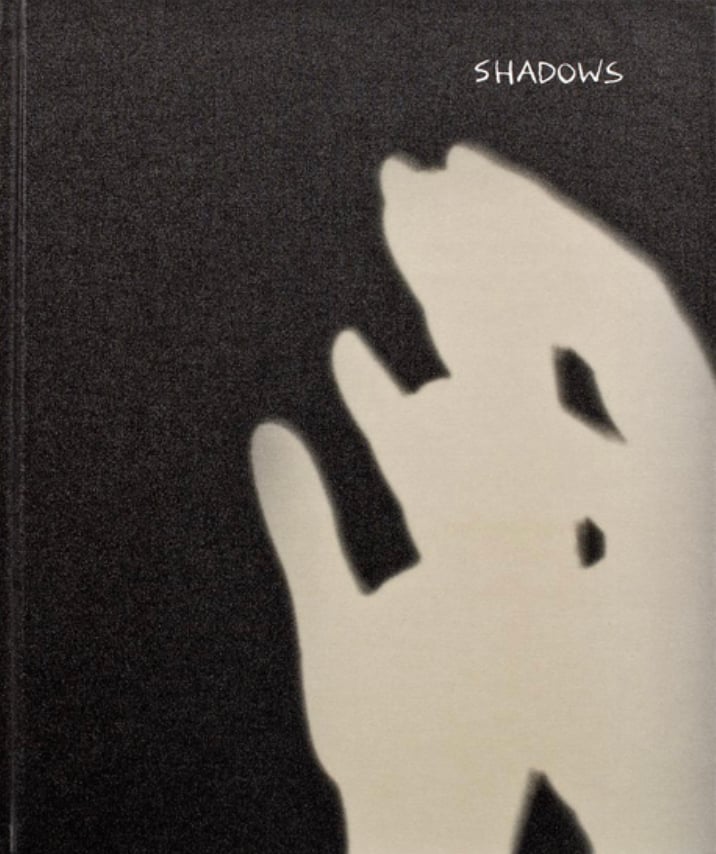 What exactly is a shadow? Is it light tracing an object or the shape a body throws when it comes between a light source and a surface? Is it a metaphor for the intimate, darker side of a person’s nature, the unconscious side of one’s self, where daemons and secrets are kept hidden or repressed? Is it an allegorical place or state of being, somewhere between darkness and light, living and dying? Or is it a state of illusion, like Plato’s cave? Is it a verb that means to follow or accompany, or even to spy on?

Shadows, a new collaborative series by Alexandra Grant and Keanu Reeves, explores the real and symbolic nature of the shadow as image and figure of speech. Grant’s photographs capture Reeves’s shadow at times as a silhouette and at others as traces of light as he and the camera move together. In transforming the images into color and reversing light for dark, Grant has made the shadows themselves the source of light. Reeves’s texts, written in tandem with the creation of the images, give voice to the multiple manifestations of the shadow: as a projected figure, a place of concealed emotion, and an invocation to shadow play.