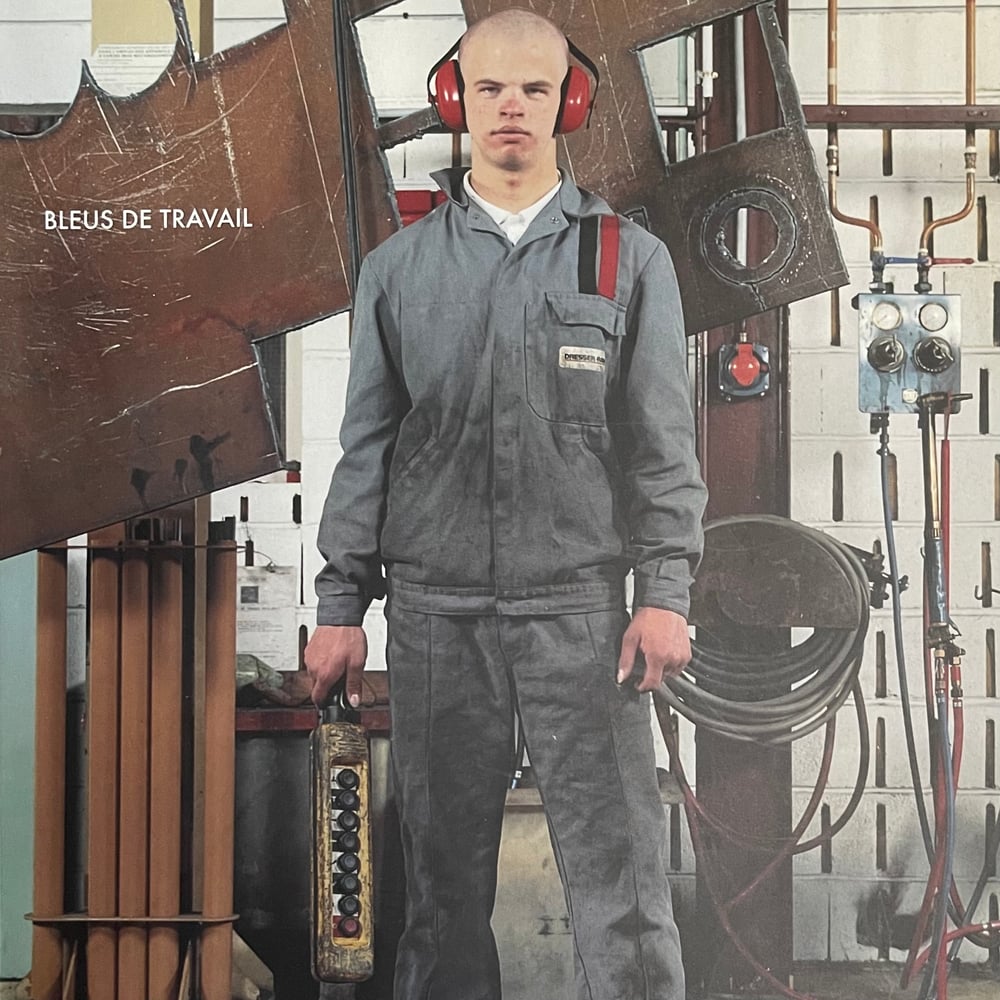 Bleus de travail, which is French for ‘work overalls’, is similar in approach to the two series Pattes blanches and Liteau, being a continuation of Fréger’s exploration of the world of apprenticeships and learning, only this time with the idea of assembling a far larger set of student portraits, taken in a number of different technical colleges. The series was realised with the support of a French financial organisation, La Caisse des Dépôts et Consignations, and in partnership with the Centre Photographique de Haute Normandie. It consists of a number of subsets: apprentice welders, boiler men, industrial maintenance technicians, mechanics, agricultural mechanics, paper industry technicians, horticulturalists, farmworkers, florists, roofers, carpenters, joiners, cabinetmakers, builders, plumbers, painters, stonemasons, bakers, pastry cooks and butchers. There is a whole array of working clothes in this inventory, all photographed in the places where they learn their trade. Everything, from the work clothes to the work environment, has been designed in order to protect these young people with their inexperienced gestures. And yet the individual still manages to break out of this highly controlled environment, where everything has its place. One person’s overalls are rolled down and tied round the waist by the sleeves; another has hand smudges on the immaculate white of his apron. And then there are the usual teenage things: gelled hair, baseball hats, and piercings, showing through more or less ostentatiously. Apart from one or two rare exceptions, Fréger has asked them to leave the implements of their trade to one side and to pose, facing him, with their arms at their sides. The activity they are studying at the college, and which they have to become proficient in, is not suggested in the portrait. What the photographer is interested in is not ‘man at work’, but the individual. His images are of individuals who are part social being but still part teenager, looking straight at the camera, sounding out the photographer as if trying to discover the reflection of their future image – a photograph of their adult identity.