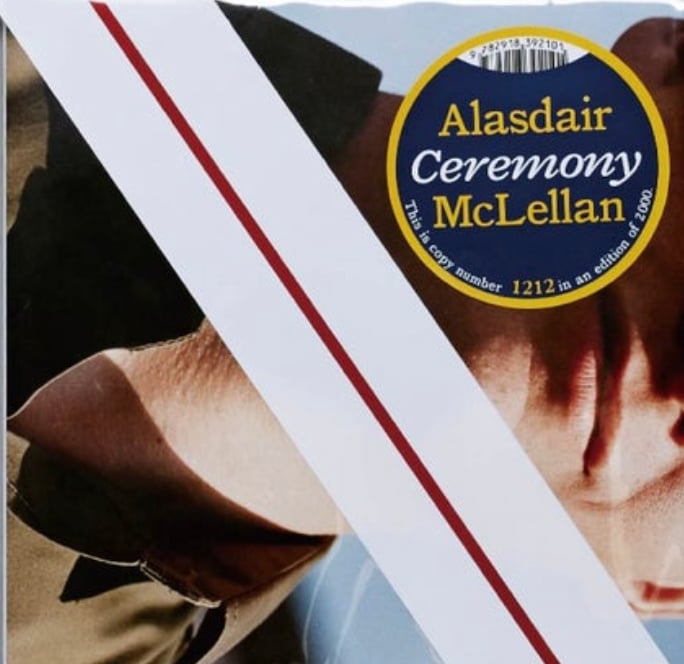 Ceremony is the second book by the photographer Alasdair McLellan, following his Ultimate Clothing Company of 2013. It celebrates the tenth anniversary of his original work with many of the ceremonial troops of the British Army.

‘Although appearing here in a new guise, it is actually almost a decade ago that the organisation, photography interviews and writing of Ceremony first took place. Fast approaching the shoot’s tenth anniversary, it is still one of the highlights –if not the highlight– of all the photographic projects that Alasdair McLellan has undertaken.

During the time of initially working on Ceremony ––mainly the month of August 2006–– we were very fortunate in making the acquaintance of some of the most remarkable people we have ever met. And none of them quite realised how remarkable they were, making them even more remarkable of course. It was a little glimpse into the workings of the British Army through the filter of its most glittering manifestation: the ceremonial troops. Unlike many other countries, the United Kingdom’s ceremonial soldiers are rarely there just for show, they also have a long history of combat. 2006 was a particularly rough time to be a soldier in the British Army.

Nevertheless, many of those that we spoke to and photographed proved to be incredibly kind, tough, polite, idealistic, hilarious and generous. No matter where they are now, we will not forget them,and we are grateful for everything they have done for us –both in terms of this project, as well as in the grander scheme of things.’